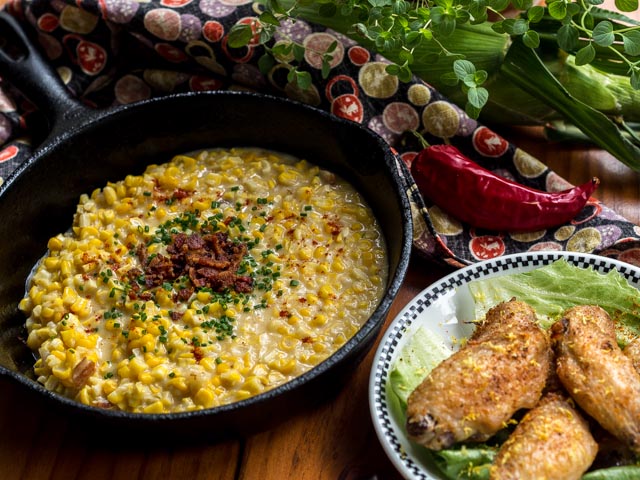 Southern Style Creamed Corn. Hard to believe I got to this point in life without ever having had the real thing. As a kid we always had the Niblets canned version which is just corn in a floury sauce – goes down easy but lacks flavor and freshness. In my ignorance, I thought this was all there was to creamed corn.

Enter my friend Ken, aka, the oracle of Alabama. Ken doesn’t cook but his memory and powers of description are unmatched and what he described sounded different and better than the Jolly Green Giant’s pop-top version. Said you can get the old style out at Niki’s West in Birmingham which I plan to try next visit.

But back to Ken’s remembered corn because he grew up in Lowdnesboro, Alabama, and had many a midsummer home-cooked meal featuring creamed corn, and he described it as having tiny pieces of corn suspended in a light savory sauce. Sounded good so I began to ask around and scope out the internet. Pleased to discover that it’s not only delicious but very simple to make so let’s get started.

The key to the old-fashioned southern-style creamed corn is getting the absolute freshest mid-summer corn available. I’ve heard that some varieties are milkier than others but get what you can just make sure it’s fresh. You’ll shuck it, strip out the silk, then make a shallow cut down the corn with a very sharp knife like you’re giving it a barbershop shave. Do it all the way around twice, then with the dull side of the knife scrape hard against anything that’s still there. This will loosen the remainder of the corn kernel without getting any of the coarse outer hulls into the finished dish and it should release some of the corn milk. The photo below shows what it looks like after the first pass. 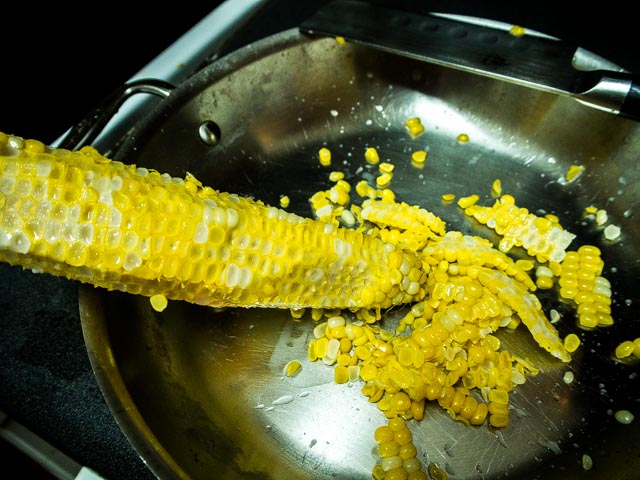 Once you’ve cut it all off, you’ll want to cook the bacon and sweat the shallots in the pan. The bacon should leave some tasty fond on the bottom and once you pour in the chicken broth all of it will be loosened up and be available to infuse the corn with its flavor. 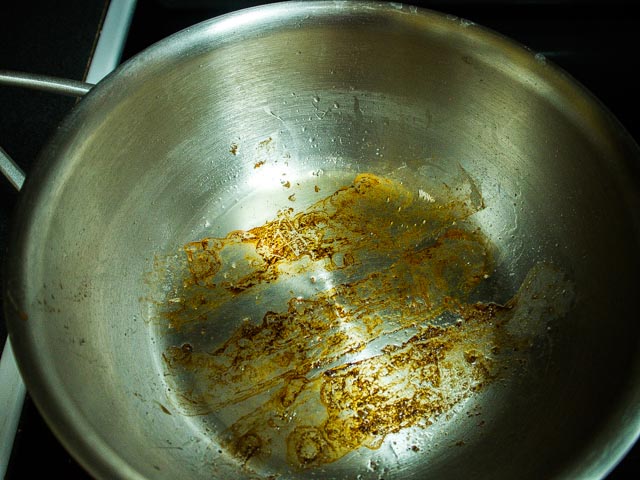 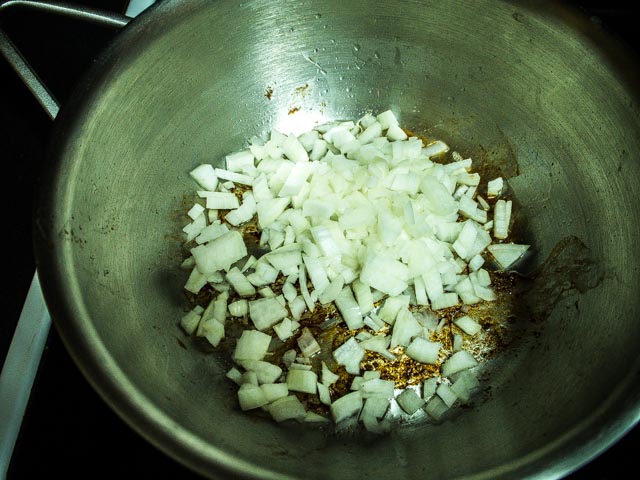 Next put in all the cut corn and let it bubble away on medium heat till most of the broth is evaporated. Finally, you will dissolve some cornstarch in the milk, pour it into the pan and stir a few minutes till thickened. Chop up the bacon you fried earlier along with some chives and prepare to enjoy! Also tastes great with my Two Pepper Hot Wings. 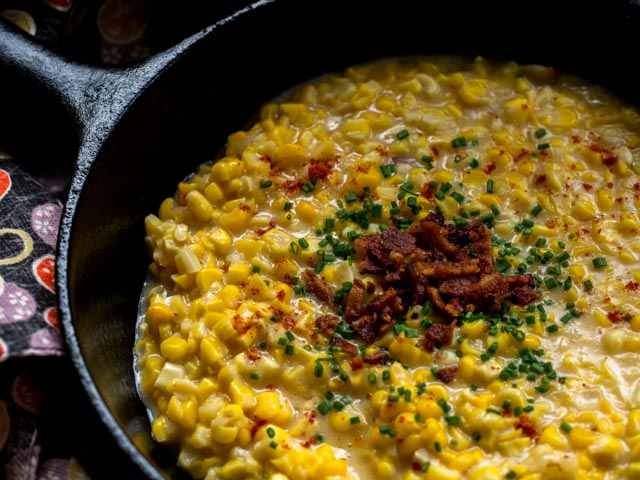