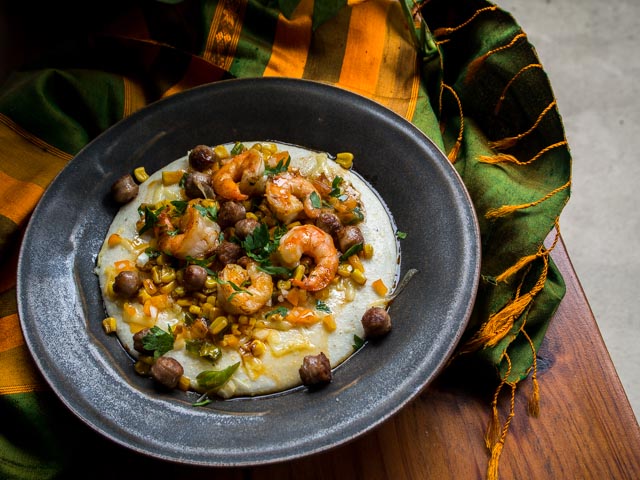 Loaded Grits are grits topped with whatever ‘load’ you prefer or any combination thereof. My version keeps the grits pure in corn flavor while the load can include many different things or just a couple depending upon your preference. What puts it over the top both literally and metaphorically is the brown butter you finish it with. That is genius. Don’t know why or how it popped into my mind but boy does it taste good!

With this version, as with most others, you will get all the toppings ready and then make the grits last since they will firm up as they cool and can get lumpy when reheated. So lets get started:

What I’ve shown here (in addition to the grits) has sausage, shrimp, peppers (both sweet and hot), onion, corn and some shredded cheese on top. To fully layer the flavors I started with a thin coat of oil in a pan into which I dropped the shrimp for a couple, then turned for a couple more, and put on a plate. There should be some nice brown shrimp fond on the bottom. Next I placed the cut up sausage in that same pan and browned it, drained it and then in with the corn. Last up were the bell and shishito peppers plus the onion and done! Set all aside and proceed to the grits. 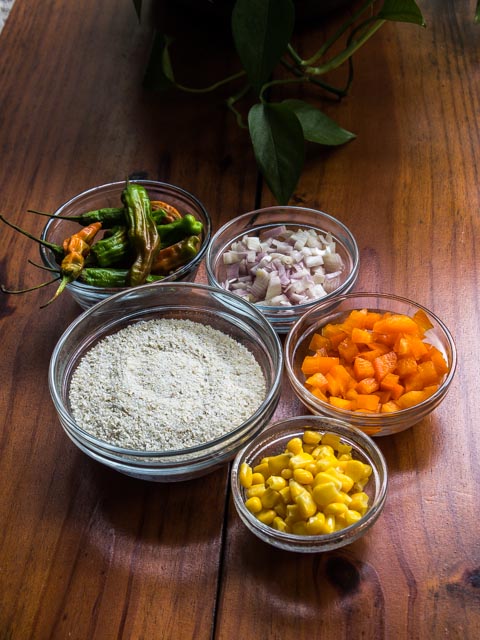 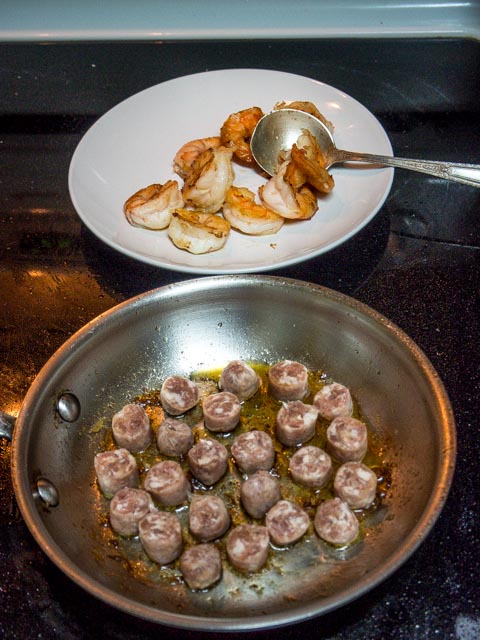 Oh wait! Next is the brown butter. This is easy, just melt till brown but don’t walk away. It burns fast. Once brown stir in the paprika and if you want to be fancy strain it and spoon off the foam so it’s clear. If you have a stash of clarified butter, brown that. You won’t be sorry.

These grits were quick cooking but if you use stone ground you may soak them the night before in some water and that will speed the cooking next day. While cooking whisk early and often which releases starch and makes them creamier. I usually use stone ground grits because they taste better and they’re also made from whole corn kernels which contains more nutrients than highly processed grits. This is because when instant grits are processed the kernel pericarp and germ are removed, leaving just the starch. The stone ground are good for you but mostly just taste better.

Once cooked put in a serving dish and start loading. If the “load” has cooled too much you may toss in a hot pan or microwave for a few seconds. Then put the cheese on first so it will melt, then layer the other things as preferred, top with the brown butter and dig in to your deliciously loaded grits. 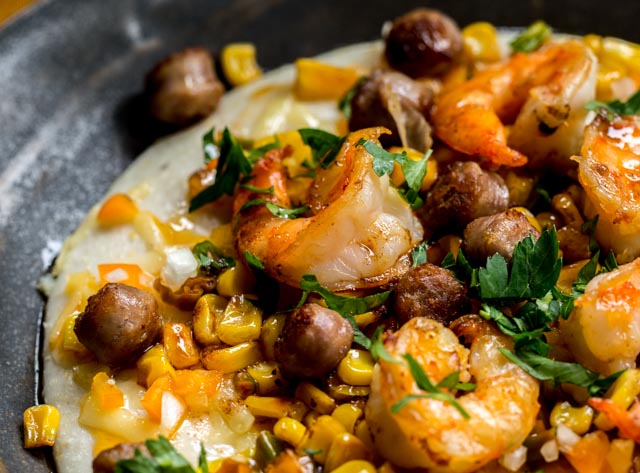 And for a refreshing side try my Orange Arugula salad.