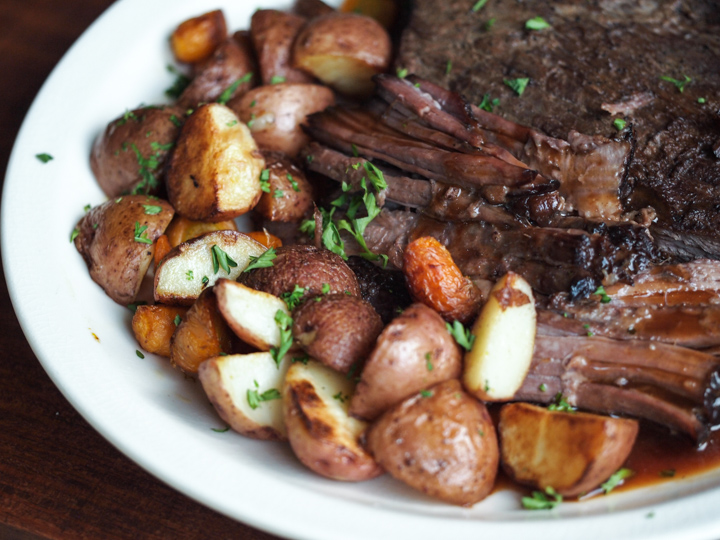 My first assay at Mt. Brisket contained all the things that I liked and thought would enhance the meat. I’d had some wonderful coffee-dusted fajitas in Texas so a shot of strong coffee went in. Her original brisket had had a sweet flavor so I added some cane syrup and the usual garlic, Worcestershire sauce, liquid smoke and bay leaf.  I put all this in the blender with some vegetable oil, poured it over the brisket, and waited for the magic to happen.

The first indication of trouble in paradise was the slightly sour smell emanating from the oven. I assumed (incorrectly) that something had bubbled over and was burning on the bottom. After hours of low temp braising, I took my masterpiece out and removed the cover.

Enter Marcelle Bienvenu, Gulf Coast Goddess of cuisine. Did she have a catsup-free marinade? Yes, she did. And I took it as a good omen that hers also came from an aunt. My only real changes to it were substituting butter for margarine, parsley for basil and adding a bay leaf. 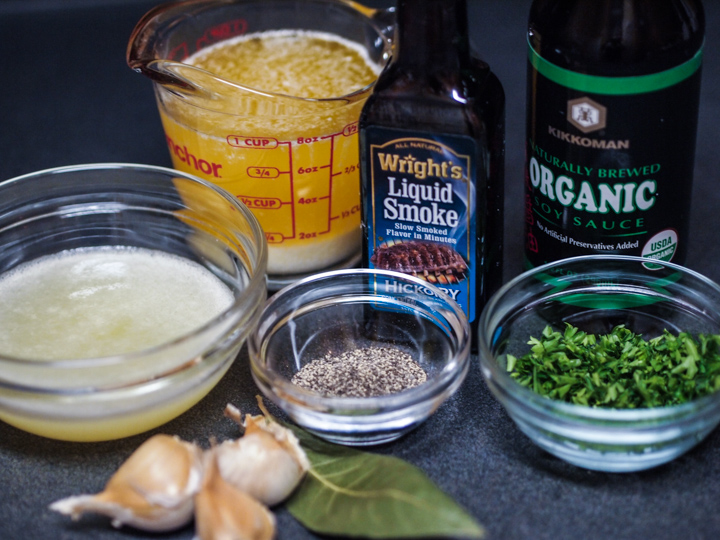 And if you need a side salad try sticking with the theme of orange and have an Orange Arugula Salad.

Bastille Day Brisket
Print
Author: Carine Clary
Recipe type: Beef
Cuisine: Cajun
Serves: 4
Ingredients
Instructions
Notes
This recipe easily doubles or triples for larger groups. However the marinade doesn't scale down for smaller pieces of brisket. That means that even if there is only 1.5 lbs of meat (about the smallest brisket you'll find) it will still need the full amount of marinade.