This is what you want to serve if you’re having a holiday dinner party so welcome your guests with something different. Calvados Chicken is a quick but elegant saute with all those things that warm you up and deeply satisfy your taste buds.

With cream, apples, mushrooms, and Calvados (apple brandy) you have something that’s rich and filling and relatively fool proof. 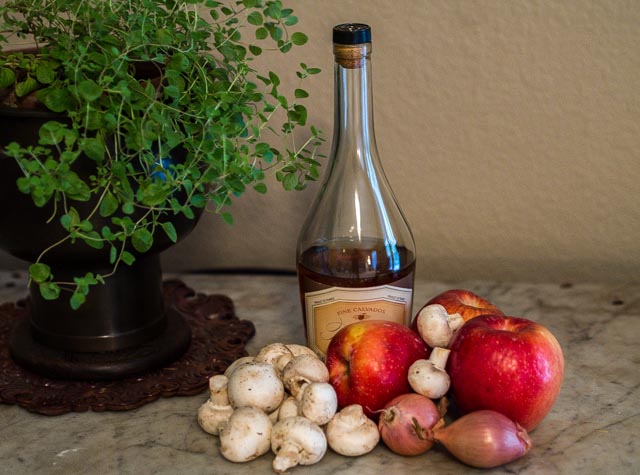 The key to success with this is browning the chicken without overcooking it. So you’ll want to brown it so it develops a nice crust on the skin then set it aside. To do this let the butter get bubbly then put the chicken in skin side down and then don’t move it. After a couple of minutes shake the pan gently and if it’s browned it should release on its own. You should then turn it and cook on the other side then remove.

Next you’ll brown the apple slices in the same pan and set them aside when they start to color. Follow them up with the mushrooms and shallots. 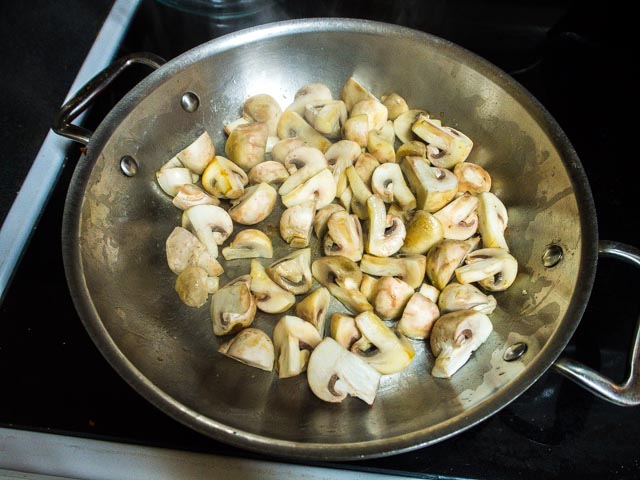 Then mix together the Calvados, chicken broth, heavy cream, cornstarch and water and pour over the mushrooms and shallots. Stir over a medium heat until thickened and then carefully lower the chicken (skin side up) into the cream sauce which should not cover the chicken (if you want that nice brown crust to be visible). This will allow the chicken skin to retain its crunch and it will look better when it’s plated.

You may stir in the apples with the sauce but I like to leave them out of the sauce and serve them on the plate next to the chicken but either way is fine.

Since this dish is rich I always pair it with some steamed veg like the asparagus here and/or a salad and rolls.

And there you have it. All the flavors of the fall season to keep you warm and satisfied.

Calvados Chicken
Print
Author: Carine Clary
Ingredients
Instructions
Notes
*You can use bone in but there will be a little more work at the end if you want to slice it before serving. You may also substitute 4 chicken thighs of about the same weight.
White meat gets overcooked fast, so make sure the final cook in the broth never comes to more than a simmer. When you remove the breast, slice into the middle first. If it’s still pink put it back in the pan for a few….but careful not to overcook.
3.4.3177