Searching for the ultimate crispy on the outside, intense with herbal flavor on the inside version of the classic Shreveport Crabmeat Stuffed Shrimp? Then keep reading for the tips and tricks that will put that on your plate.

The original version of Shreveport Crabmeat Stuffed Shrimp emerged from the fryer at the Freeman and Harris Cafe in Shreveport in about 1921 when it was founded by Van Freeman and Jack Harris.  And it’s said to be the oldest continuously operated black-owned restaurant in the lower 48!  But who cares? Because it’s about the food which is wonderful and combines the best of the north and south parts of the state (kinda like what I try to do here on my blog!).

When the original owners passed on, the toque was picked up by Orlando Chapman who did chef duty until his death in 2015.  Enter the current owner, Damian Chapman, who traded his engineering gig at Halliburton to come home and continue the family tradition. It’s now Orlandeaux’s and its Crab Stuffed Shrimp inspired me to create my own riff on the theme of stuffed!

Smoke on the Fryer

And when you think about it, the most famous riff in rock is Deep Purple’s ‘Smoke on the Water’ and purple is the color of LSU and Mardi Gras and you see where I’m going with this right? It was meant to be, so without further ado let’s get cooking.

If you have a favorite bottled version by all means go for it. Makes the recipe less daunting. That said, I do like this simple sauce with its capers, pickles, and squirt of lime. Worth trying and you can make it the day before.

Get twelve of the freshest and fattest, split them along the vein (which you will remove), top to tail but leaving the tail attached, and being careful not to cut through. Spread and flatten shrimp slightly. Set aside. 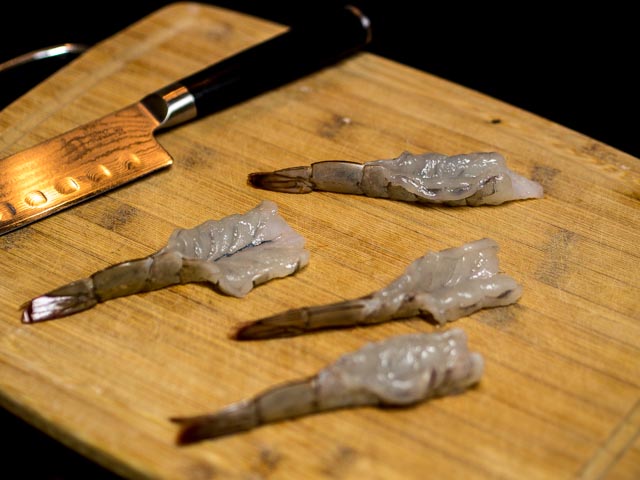 You can use any kind but claw is cheaper and tastier than lump so I’d go with that. Mix it with the parsley and lemon juice. It’ll be the last thing you fold into the stuffing after it’s been made. 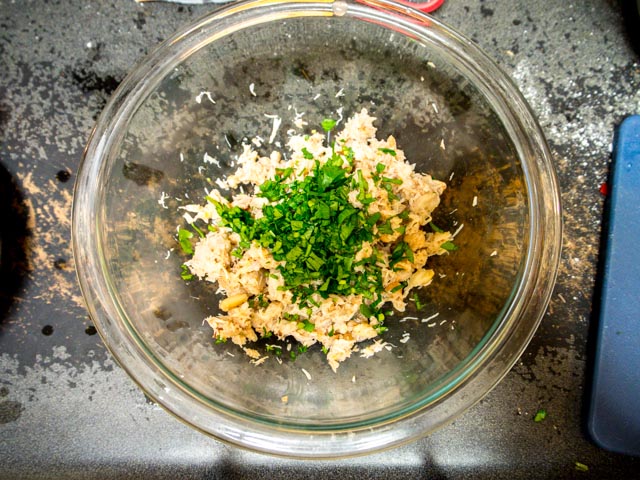 Whisk egg and mayo in a bowl then fold into the cooked veg and finally, gently fold in the crabmeat. If it doesn’t bother you do it with your hands because that’s the gentlest method.

Stuff shrimp inside, then fold together and coat all over, leaving just the tail sticking out. Set on a wire rack while you make the batter. 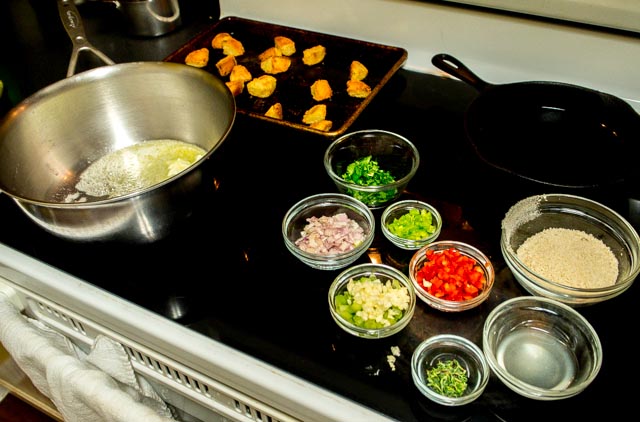 When making batters for frying, starch matters.  This batter has both wheat and rice flours: the wheat is for structure and the rice is for crunch. The structure provided by the gluten in the wheat helps the batter cling to the food without producing an overly chewy or greasy crust. However, if too much flour is used, you’ll end up with a tough crust.  For this reason, rice flour reduces the gluten in the batter and works well because it fries up crispier than wheat flour. Rice flour also absorbs less moisture and fat during the frying process, making the shrimp less greasy.

And last but not least when you whip it up – don’t whip! The more wheat batters are whisked, the more gluten will develop and you risk ending up with a tough crust. This batter should be mixed until just combined – even if lumps are still present.

Put a small amount of stuffing inside the shrimp, close it and pack the outside lightly with the stuffing. Once the shrimp and the stuffing are formed, place in a slotted spoon and lower into the batter then bring it up for air and let the excess batter drip off. Immediately put into the hot oil. And one little tip. Make sure the tails are well fried because if they are they’re completely edible and very tasty.

It’s traditionally served with some kind of fried potato as pictured above but I also like to include a side salad to soak up some of the grease. And one final point. These actually freeze pretty well so if you make a double batch you can reheat on a rack for a delicious fast food meal. 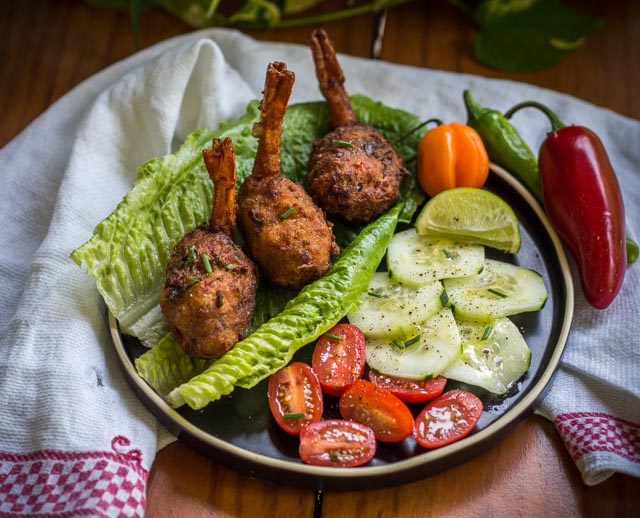