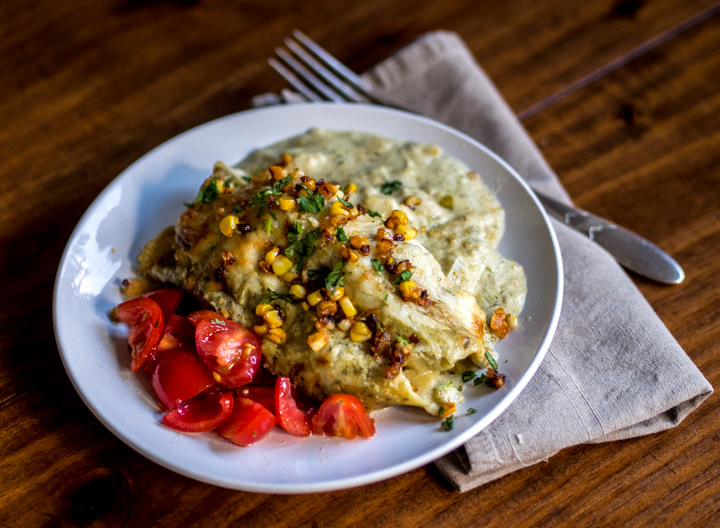 TexMex Sour Cream Chicken Enchiladas are the ultimate in creamy comfort food. If your soul lies south, it’s your soul food. This recipe landed in the ‘Tex Mexican’ category for obvious reasons but most people in Louisiana have been to and through Texas enough times to love and crave it. It’s roughly based on Lisa Fain’s version in ‘The Homesick Texan’ cookbook but I halved it so it makes only six enchiladas but it doubles nicely.

The directions below are pretty straightforward but I’d like to emphasize that if you are using the traditional white meat it’ll be best if slightly undercooked before shredding. White can go dry fast and since you’re cooking it in the sauce before serving it can stand to be even a little pink by the bone when you put it in the enchilada. The objective should be juiciness in the final product.

For this presentation, I cut some corn off the cob and fried it with onions and paprika then sprinkled the cut corn over the corn tortillas. When you’re in the mood it’s hard to have too much corn!