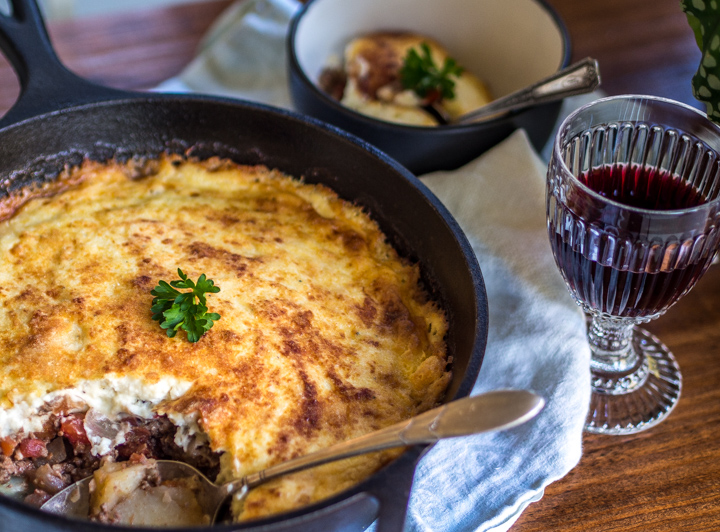 I call my version of Traditional Moussaka “Archie and Mehitabel’s Moussaka” after the eponymous Don Marquis’ roach and alley cat duo.  But more on roaches later…

As for Moussaka, I learned to love it after first having it at the Shreveport, LA St. George’s Greek Orthodox church Easter fundraiser where I was also introduced to pastichio and ekmekkatafi.

Now back to roaches (the kind that crawls, not the kind you find in your ashtray).

Once upon a time, a hungry girl went to a Greek restaurant for a carafe of retsina, a salad, and a soul-satisfying hunk of moussaka made as only a true Greek can. At least that was the plan.

It started out well. The day was sunny and crisp, the retsina cold, and the salad was a flawless mix of greens and grilled calamari. So far so good. Finally, the waiter arrived with a fragrant slab of moussaka which said girl, with her retsina stimulated appetite dove into. Did I mention that she was alone? Did I mention that because she was alone she was reading the paper and had removed her glasses? No? Well, she had removed her glasses, which is why the large brown oval-shaped form which she saw in the moussaka appeared at first to be a toasted nut. She leaned in closer to determine what kind of a nut it was, but upon closer inspection the “nut” proved to have long feelers and crooked spiked legs.

In fact, the “nut” was a mature roach. Probably had a family in the walls somewhere nearby. Sadly, Daddy met his end. The hungry girl did not over react. She just waited for the waiter to return and catching sight of him executed a two-fingered Cary Grant-like beckoning motion. The waiter approached. The girl wordlessly pointed at the insect garnished casserole.

BTW – never got the check because the owner comped me.  But it had a happy ending. After retailing this story at the office, I was later gifted with a version of the recipe below in my inbox. It came from a Greek lady in accounting and tastes a lot like the ones from St. Georges in Shreveport. So all’s well that ends….without a roach. So let’s get started: 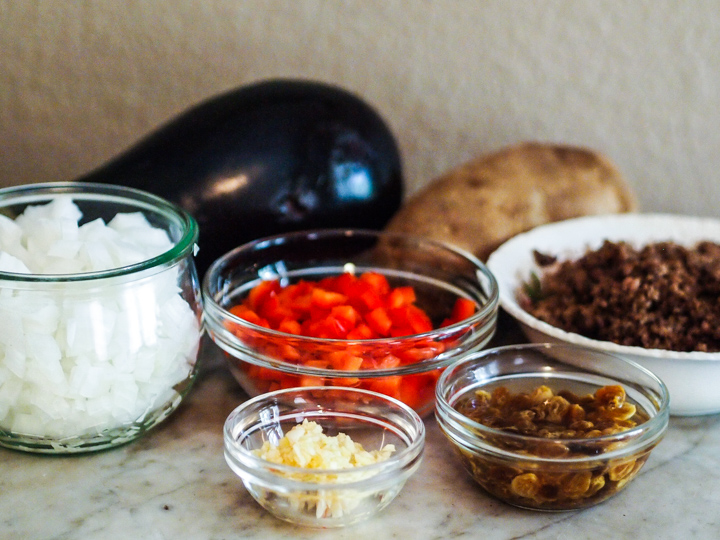 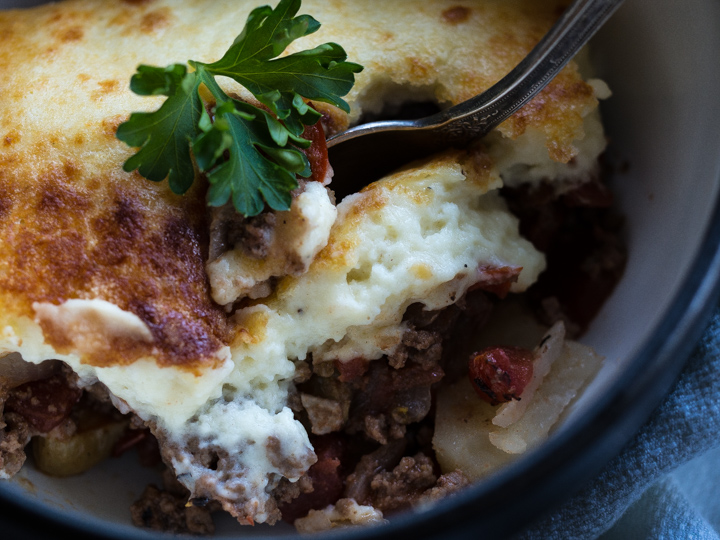 So here you have it. The slightly overwhelming, but not if you break it up into smaller parts, recipe for roach-free moussaka (with a side of Orange Arugula Salad). 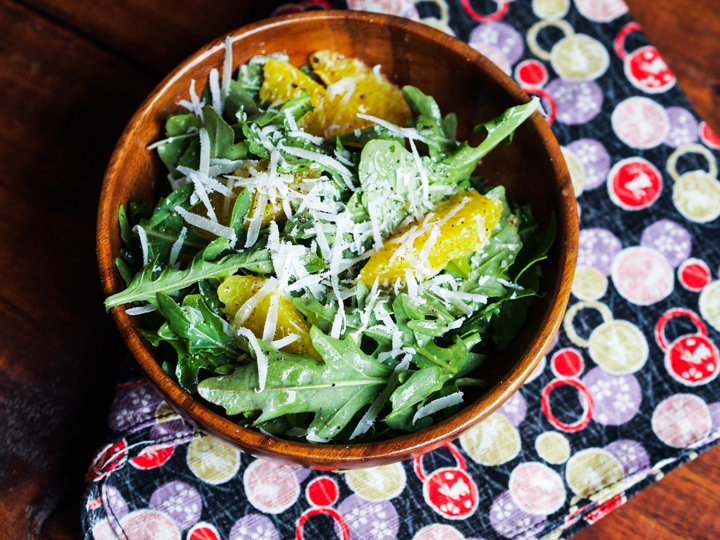 And last but not least I have to put in a plug for retsina wine. Most non-Greeks have never tried it and that’s a mistake. It’s like a crisp Graves with a pine needle chaser. You’ll either like it or you won’t but at least try it – and it’s perfect with moussaka. All versions are good but Kourtaki is my favorite and it’s the cheapest.

Traditional Moussaka
Print
Author: Carine Clary
Cuisine: Greek
Serves: 4
Ingredients
Instructions
Notes
You may find this easier if you make the meat sauce the day before.