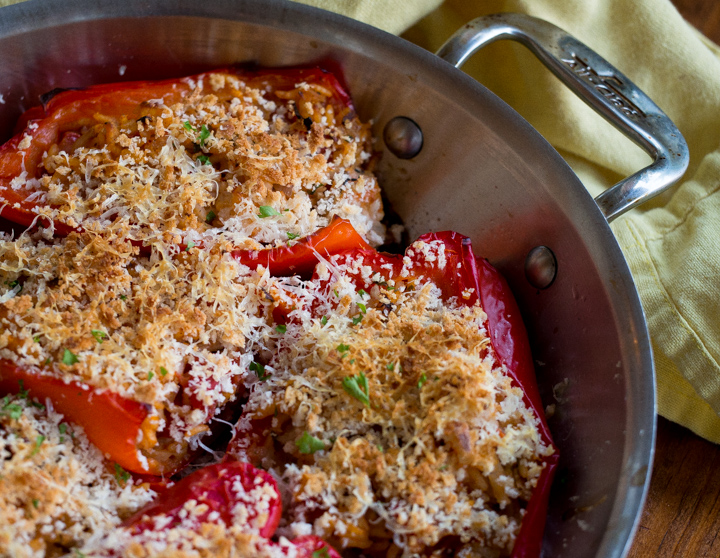 They are Shrimp stuffed Bell Peppers and Meat of your choice stuffed bell peppers.

Shrimp is my favorite and we’re in the Lenten season so a posting with shrimp is a no-brainer. This is a simple recipe that requires a skill set that consists largely of boiling and stirring. You boil the rice, you parboil the peppers, then stir some veg and shrimp into the rice stuffing and you’re done. After you’ve boiled, stirred & stuffed you sprinkle the top with crumbs and shredded cheese, run it under the broiler and it’s done. It’s a healthy dish that even junk food junkies will eat because who doesn’t like crunchy toasted cheese-covered anything?

In addition to the filling, you also have two presentation options. You may slice off the top and fill, or you may slice vertically and lay the peppers on their backs.  My favorite is the vertical slice since it doubles the available space for the topping, however, the horizontal upstanding stuffed pepper is better for freezing. And these freeze very well which can make it worthwhile to double or triple up the recipe. 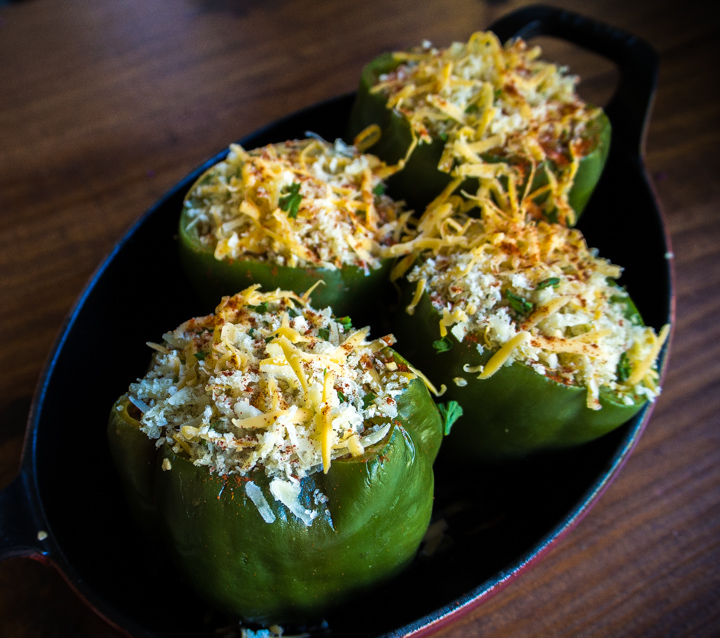 If you’re making the standing version pictured above hollow out the peppers by laying them on their side and slice off the top leaving an opening about two inches wide. Shake out the seeds and remove the white membrane. You can do this with a knife but to get a nice smooth interior remove any straggling pieces with a spoon. One of those serrated grapefruit spoons is perfect. I use a spoon that was unintentionally serrated when I dropped it into a running disposal. Fortunately, the original owner is long gone and unaware of the fate of her maimed sterling teaspoon.