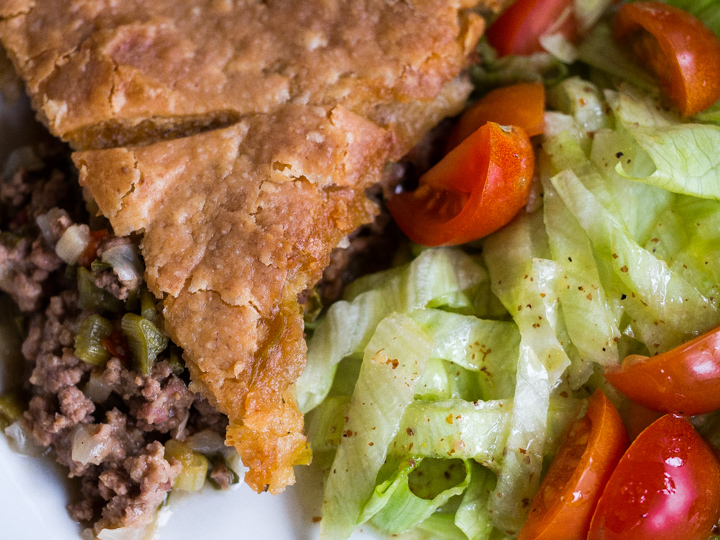 Want to feel that Natchitoches Meat Pie love without all the rolling, folding, pinching and frying? Then try this. You get delicious meat and gravy filling with an easy to make cream cheese crust to top it off. That’s it and you’re done. If you haven’t made a cream cheese crust I think you’ll be pleasantly surprised by this one. It’s very simple and very flaky. If you’re only topping the pie with crust then cut the dough ball in half and use the remainder for something else (like chicken pot pie). It freezes well, so just wrap it up and it’ll be there next time you need it. The dough for this pie was in the freezer for a couple of months but rolled out and baked up beautifully.

Famous for its meat pies and for being the fatal crash site of Jim Croce’s touring plane, Natchitoches even predates New Orleans by a few years. Apparently it was only dominant for a nano second, soon to be exceeded by a far more important port at the mouth of a far more important river.

This fleeting dominance was illustrated to me years ago when I was visiting Rome. I wandered into a used book store off the Piazza Navona where I found displayed on the wall an early 18th century map of La Louisiane! It was a laugh out loud moment when I saw that Natchitoches rated a large red circle while New Orleans was a mere dot. When the store owner asked me, “Che cose é divertente?” I had to laugh again because, you know, Natchitoches is now so relatively small. I’m pretty sure this was the last such map to display the hegemony of the state’s Cane River port, but not to despair, we still have the meat pies.

If you’re in town you have to go over to Lasyone’s for the meat pie plate lunch and the bread pudding, but for those times when Natchitoches isn’t near there is this tasty variation.

For the filling I used andouille instead of ground pork but either is fine as long as you add a bit of cayenne to the pork. If you’re using the andouille just snip the casing and peel it off. After you do this, crumble the sausage into the pan that you’re cooking the meat in and cook until just done. 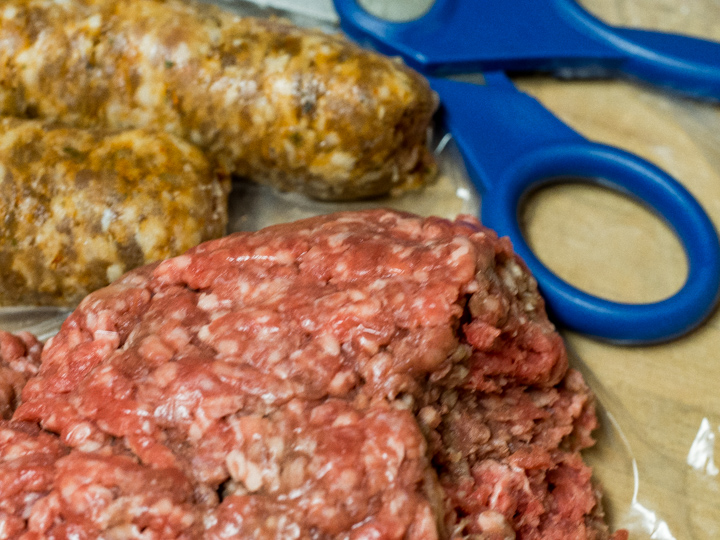 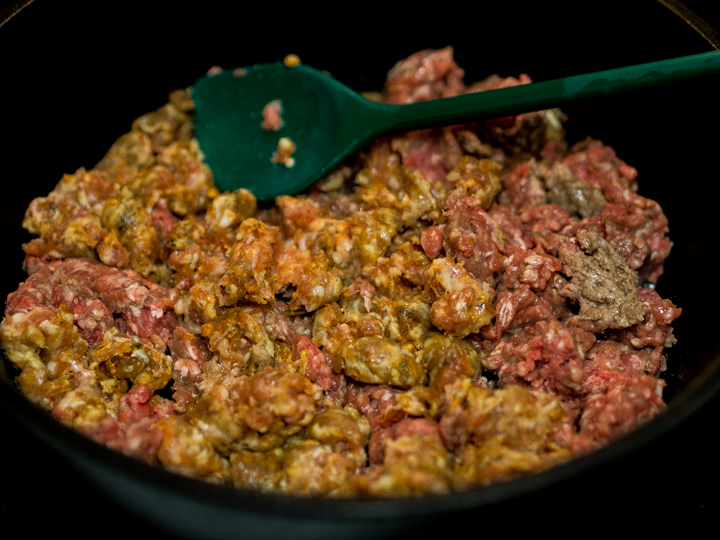 Next step is to remove the cooked meat and saute the veg for a few until soft. 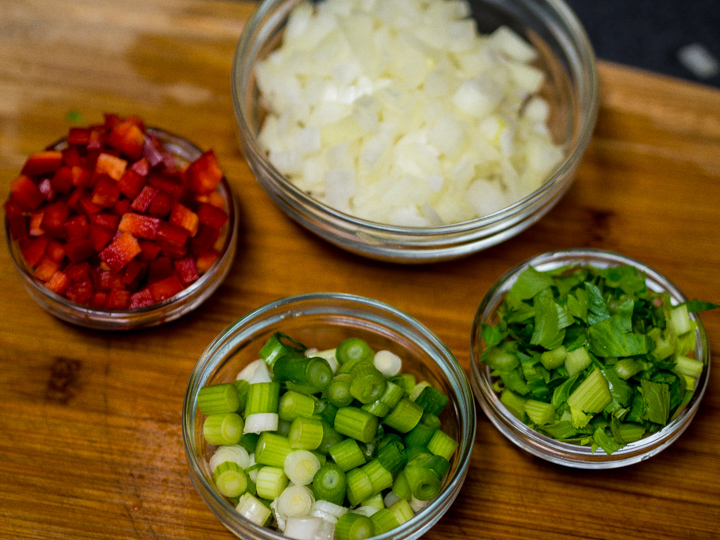 Add the meat back in, then the flour, pour the broth over it, stir to make a gravy, fold in the green onion tops, then lay the crust over it and run in the oven till brown. You can see from the picture that I used a braising pan for mine, but if you cooked the filling in a cast iron skillet you could just lay the crust over it and cook it in that. 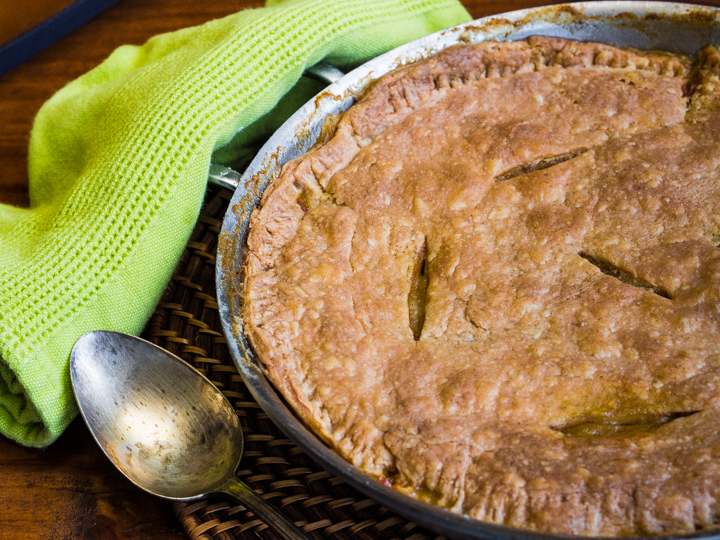 It’s best with a simple side like the lettuce and tomato salad pictured at the top but even alone it’s good in any season.

Natchitoches Pot Pie
Print
Author: Carine Clary
Cuisine: Creole
Ingredients
Instructions
Notes
If you are using andouille instead of ground pork test the cooked meat before adding the cayenne since the andouille will have some already.
3.4.3177