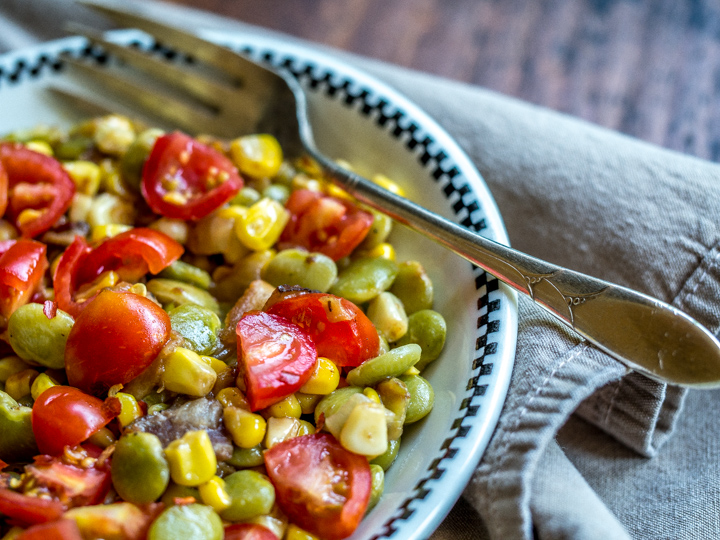 You won’t be sufferin if you eat this simple succotash. Besides tasting good the combination of a grain (corn) with a legume (lima bean) provides a cheap dish that is high in essential amino acids. Which is why native Americans feasted on it when deer and fish were scarce.

In our house it was always baby limas and summer corn but in truth succotash is a style of prep using corn and beans so you can substitute other beans if you have ’em. Red kidney beans, great northern beans, lady cream peas, purple hull peas and crowder peas (all really beans) are great too. Camellia brand has some nice info on Lady Creams that’s worth reading.

Purple hulls, blackeyed, and crowders came to America with African immigrants and are part of the ‘cow pea’ family. You may read up on it at www.purplehull.com This link to an Arkansas website will fill you in (and up) on cow pea history along with information on, I’m not kidding here, ‘garden tiller racing’ competition. This sporting event called the “Tiller Thriller” was hitherto unknown (at least to me) but it looks exciting if somewhat dusty. You be the judge….and if you wash up in Emerson, AR you might just be the judge. Stranger things have happened. If you do I’m sure your duties will be rewarded with a steaming bowl of purple hulls and hog jowl.

But on to the prep! And it’s easy.

Throw about three cobs of corn into a 350 oven. No need to shuck. Just rinse and let cook for about 20 minutes or until done. They will steam in their husks. 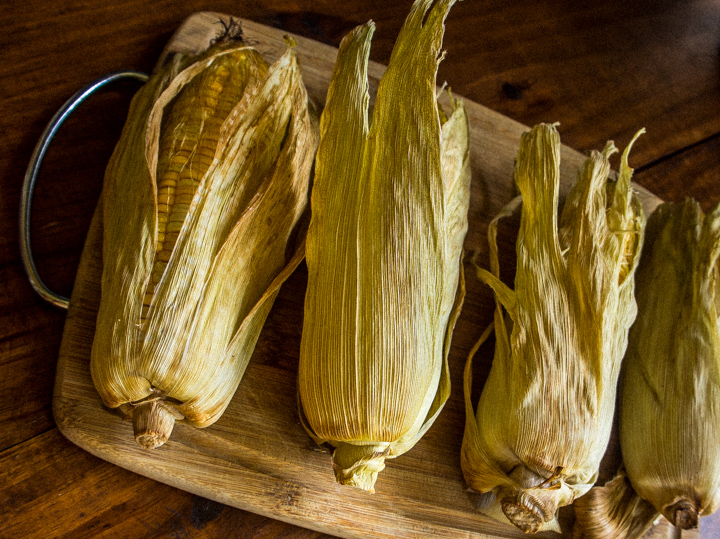 Put the limas in a pot of salted water and boil gently for about 10 minutes.

While that’s going fry the bacon in a cast iron skillet until crispy, remove, crumble and set aside. Put the chopped onion right into the bacon grease and cook for about three minutes or until golden then add the flour and cook for a minute. Now start gradually adding the chicken broth until you have a gravy. Season with the celery salt, salt and pepper. Feel free to add some heavy cream to taste if you want to fancy it up a little. 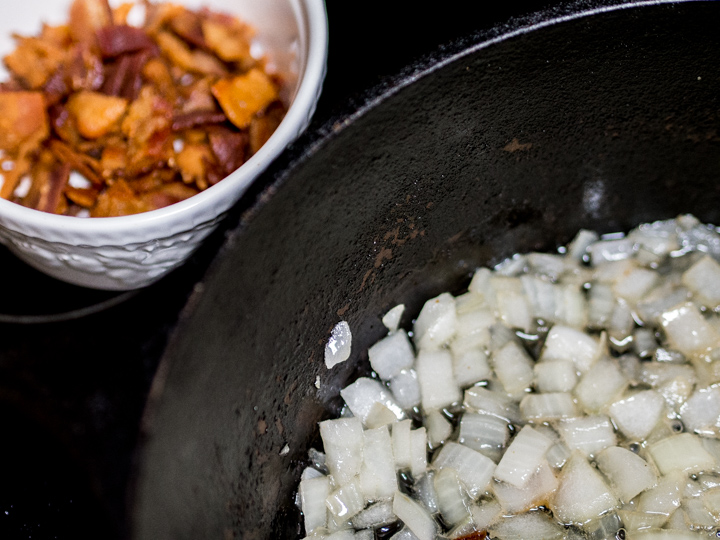 And finally, cut the corn off the cob, drain the limas and stir it all in. Let it cook over a very low heat for a few minutes then fold in the bacon bits and you are ready to serve. Add some chopped tomatoes and it will be even better. 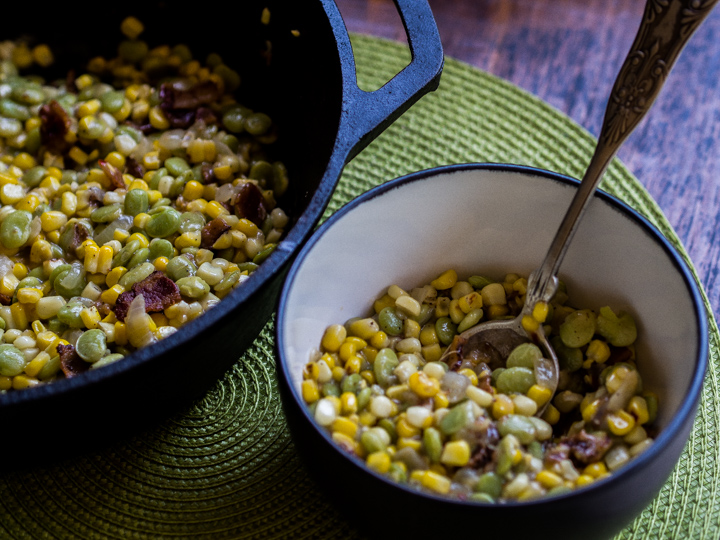 And for a cheater main course do the following:

Add an extra tablespoon of flour to the bacon grease, and a full cup of chicken broth to make the gravy. Throw in as much leftover shredded chicken (realistically a cup to a cup and a half) as you want. Roll out a premade piece of puff pastry to the size of the skillet, poke some air holes in it and run it in a 425 oven until puffed and brown. With that you’ll have all the major food groups except beer so enjoy!