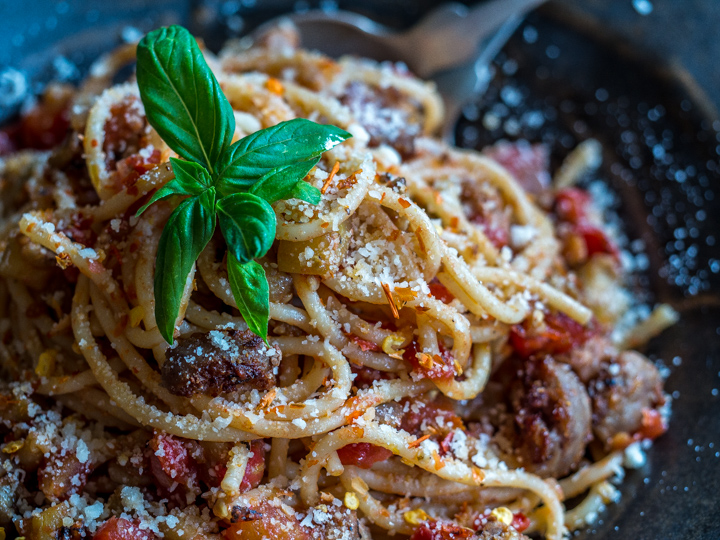 Another winning entry in the dump and stir sweepstakes! Sauté eggplant and andouille with tomatoes, basil, fennel and hot pepper flakes and you have a steaming plate of spaghetti goodness. Yes, you will mess up a few pans, it’s not a one pot deal but it’s still fairly fast and the savory ingredients along with the chewy pasta will completely satisfy the ache in your gut.

Spaghetti or any other kind of Pasta

I call this Eggplant & Andouille Pasta because of course, you can use any kind of pasta but it works really well with good old-fashioned spaghetti. Nice and chewy it swirls around the sausage and sauce bringing it together perfectly. With all the wonderful pastas that have become common in the last twenty years it seems that we’ve forgotten how good the humble noodle can be. And who can forget all the fundraising spaghetti dinners people used to have for the school band or the local fire station? It’s memories plus flavor that make for the best meals so let’s get started.

First, you’ll fill a big pot of salted water and while you’re waiting for it to boil, peel and chop into small pieces the eggplant. Liberally drizzle a pan with olive oil then drop the eggplant in, cover and let it cook till soft and hopefully a bit browned. 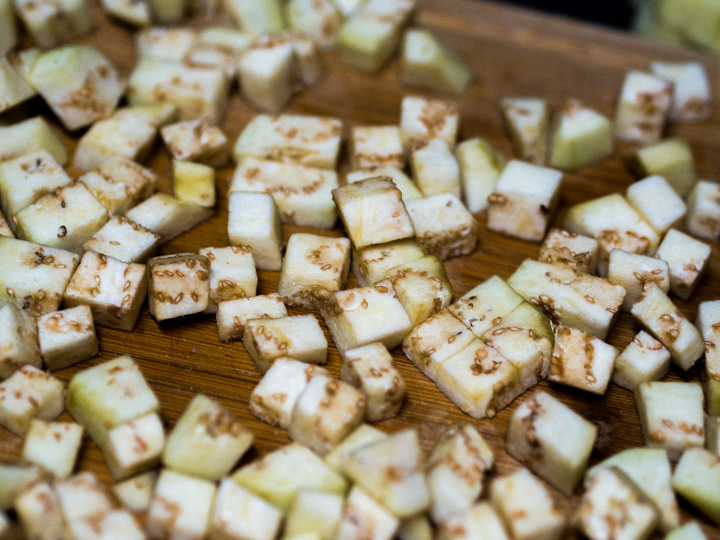 Next slice the sausage into rounds and fry until brown on both sides, remove from pan and put in the onion and garlic which you’ll cook until just softened and golden. 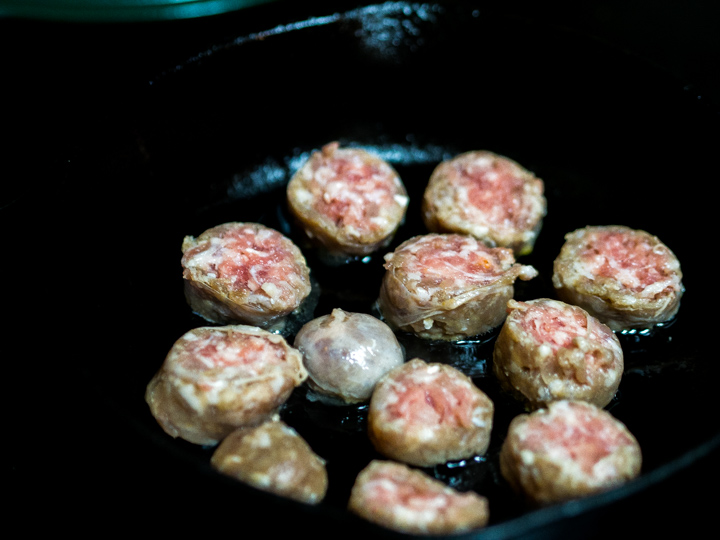 You may use any kind or color of onion or the shallots pictured below. As for the fennel it can be slices of fresh fennel, ground, or seeds. If you use seeds be sure and put them in a mortar & pestle and crush them a bit to release the flavor and if you prefer fresh fennel slice it thin and cook it with the onion and garlic before adding other seasonings. 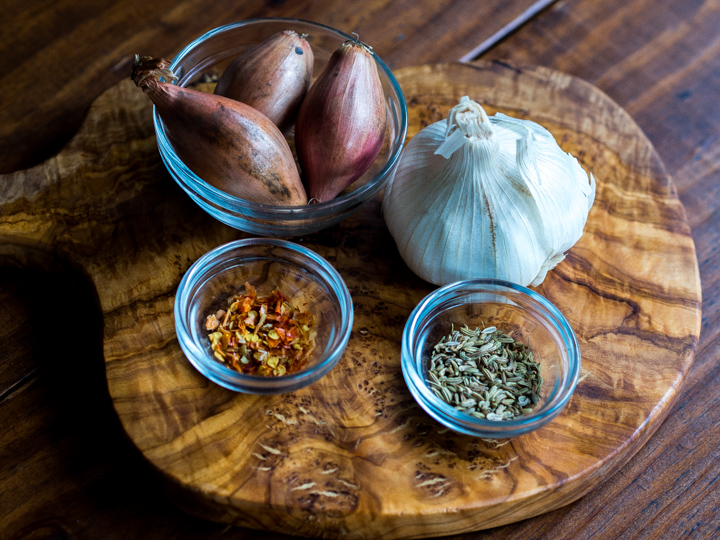 Add the tomatoes with all the liquid from the can, the bay leaf and cook for a few minutes to marry all the flavors. 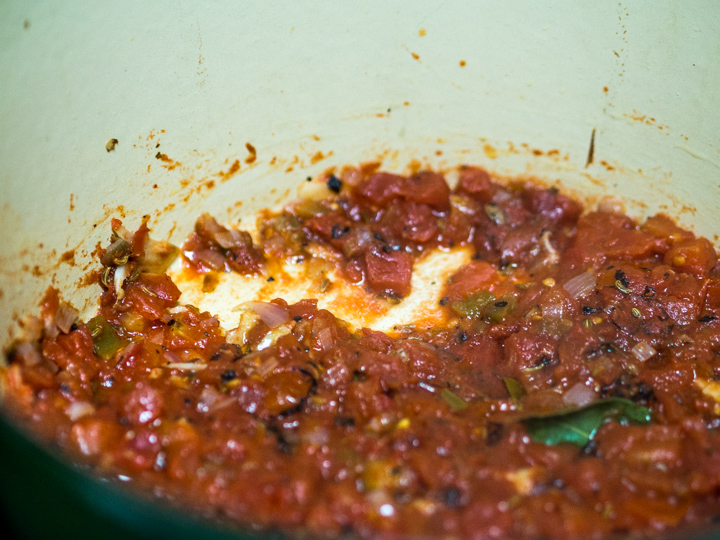 Spoon in the eggplant, sausage and drained spaghetti, dust with some Parmesan and extra basil and enjoy!