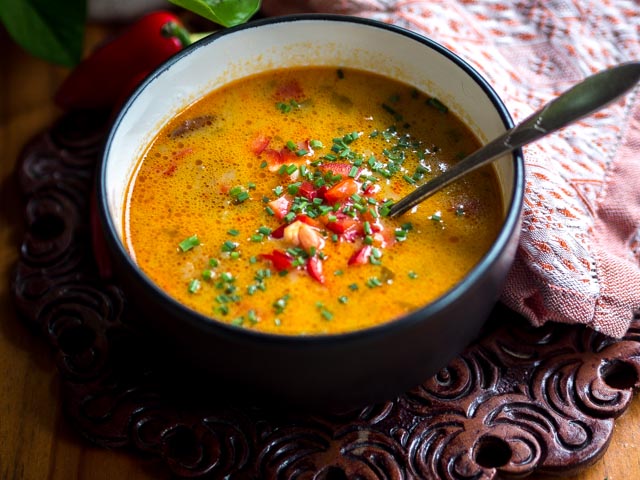 Try adding a whole new recipe category called ‘Polar Vortex Specials’ to include this Cajun Potato Andouille soup because it’s that perfect for this weather. It’s meat and potatoes in liquid form so let’s get started.

Scratch that. Before we get started we need to make clear what this is not. It is not the potato soup made with a roux and milk base as some are and which tastes gummy and floury to me. This version gets its heft from the potatoes and a little cream and is more flavorful due to the chicken stock base.

So let’s get started slicing and chopping everything. Andouille into rounds about a quarter-inch thick and veg into diced. The twelve ounces called for here is how it’s typically packaged as you see below but you can add more or less as you please. 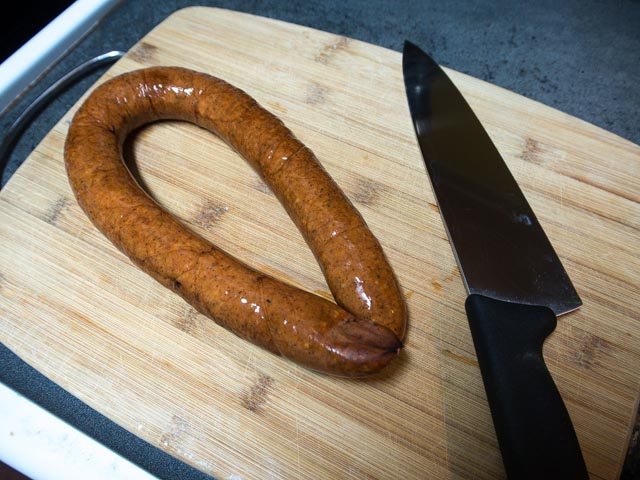 Slice up the sausage and brown it, then scoop it out and set aside. Keep in mind that some brands are fattier than others so if your sausage renders a lot of fat pour some off when you finish browning. You want to end up with about two tablespoons to sweat the veg in. The sausage I used here rendered about a tablespoon so I needed to add another tablespoon of the olive oil to do the vegetables. Eyeball it and act accordingly.

For the veg here I used leeks because they were on sale at the groceria (and taste great) but usually I use green onions. Either works fine. 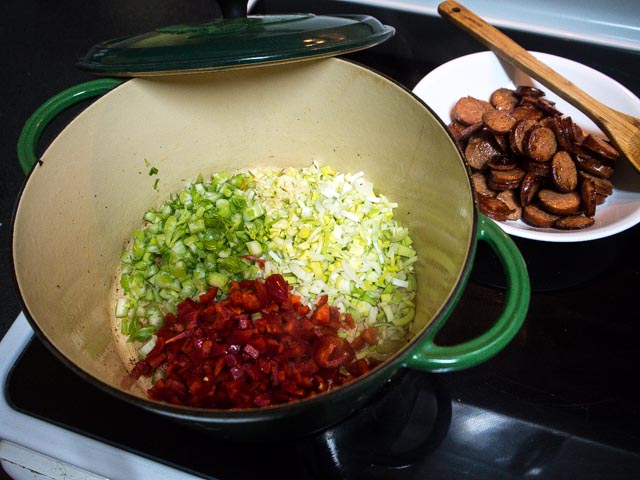 Once in the pot stir and sweat for about five then add the sausage, bay leaf, diced potato (which I forgot to photograph, but you know what that looks like), and broth; cover and let bubble away till the potatoes are soft.

As for the chicken broth you have options. Use your favorite canned version (good), make four cups out of a premade reduction like Better than Bouillon (really good), or your own homemade (best). What you see below is some stock I cooked to an almost gelatinous state a couple of months ago that was hanging in the freezer so that’s what I used. 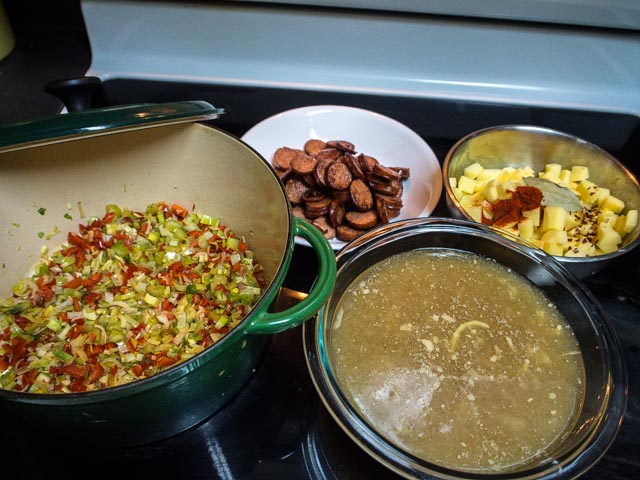 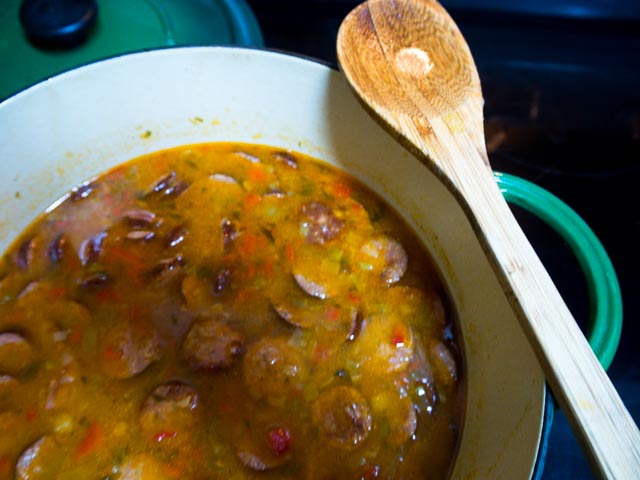 When the potatoes cook completely take a potato masher or a fork and gently crush. What you’re aiming for is thickening. Some of the potatoes will already have dissolved into the broth so you just want to enhance that some while still retaining chunks of potato.  Add the cream at the end. And note to those who don’t tolerate dairy – it’s good without cream so skip it if you can’t digest it.

Top with the diced red pepper or some diced Fresno chili, the tops of the green onions (or minced chives), and serve up.

You’re welcome! Now eat up and try to keep warm.