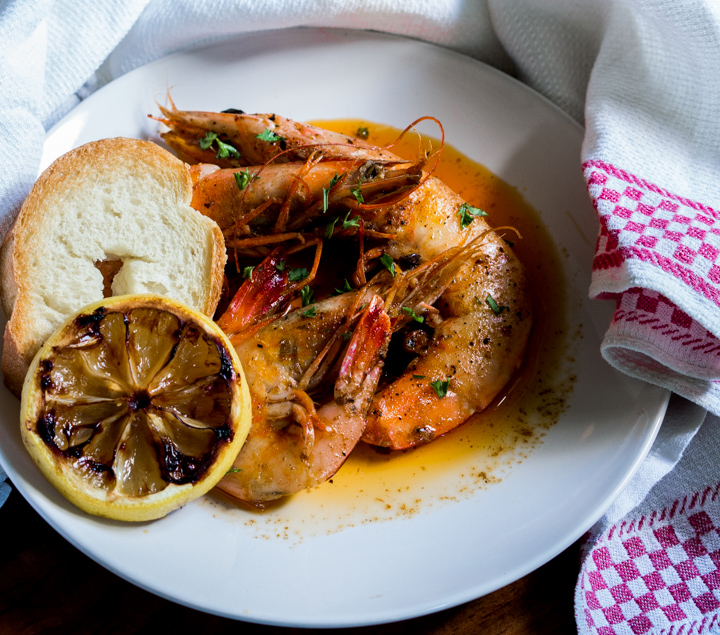 Barbecue Shrimp is New Orleans’ best contribution to messy, but deliciously worth it, bar food. It’s the dish where large contented shrimp swim their last lap in a lake of butter and seasonings before being consumed by equally contented diners.

The birth story of Barbecue Shrimp starts with a man who allegedly went into Pascal’s Manale requesting a shrimp dish he’d eaten in Chicago. Fortunately, he didn’t get it. What he did get was a version of the following recipe which was even better.

It’s basically shrimp, butter, and garlic but in addition to the butter and garlic, the dish almost always has Worcestershire sauce. My problem is that I’m not a big fan of Worcestershire sauce and as I’ve made Barbecue Shrimp over time I’ve continually decreased the amount. It seemed as if the less I added the more I liked it until finally in a much delayed ‘duh’ moment it occurred to me to find out what’s actually in Worcestershire Sauce.

Turns out that the main ingredient is fermented anchovies which I love but it also has vinegar, tamarind and some other flavorings which I don’t love. That’s when it hit me. Fish sauce is nothing but anchovies and salt. So I subbed out the Worcestershire for a tablespoon of Red Boat Fish Sauce and I loved it. However, if you’re addicted to the Worcestershire sauce you can amend the recipe below by adding a couple of tablespoons of it to the dish.

The rest is just a matter of a little chopping, melting, sauteing and you’re ready to go.

You start by melting the butter, olive oil, and seasonings and cooking them over medium heat for a very short time, no more than two to three minutes because you don’t want the garlic to brown. Then you take the pan off the heat and set it aside so that the flavors can absorb into the oils. You’ll see in the picture that the rosemary is on the stem (torn off a bush near the Walmart parking lot – thanks guys!). The rosemary can be chopped but I like to do it this way since you get the flavor without little sticky spikes in the sauce. Just lift the stems out before serving. You’ll also see a piece of bacon in there. It was leftover and alone in the fridge so I threw it in for a little extra flavor in the sauce. 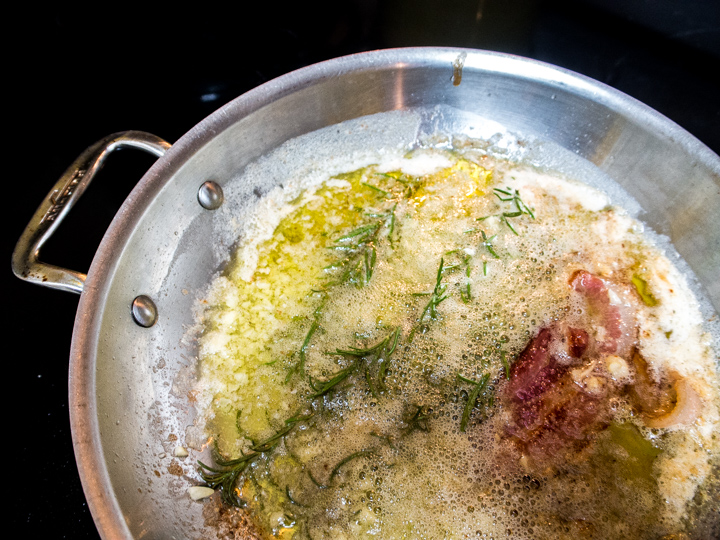 Once the sauce has been heated and rested put it back on the burner over medium heat. Arrange the shrimp evenly in the pan and cook for a couple of minutes on each side till done. This can be made without head-on shrimp but the head fat does add flavor so get it if you are able to.

Slice the lemon and run under the broiler. This contributes to both good looks and good taste. Broiling the lemon slices renders the inside almost syrupy. Squeeze that out on the French bread, dip it in the sauce and  you’ll see how good a simple dish can be. 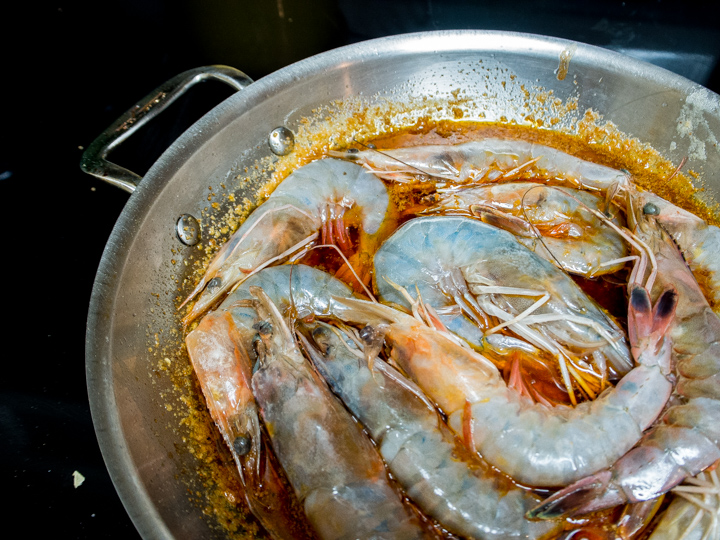 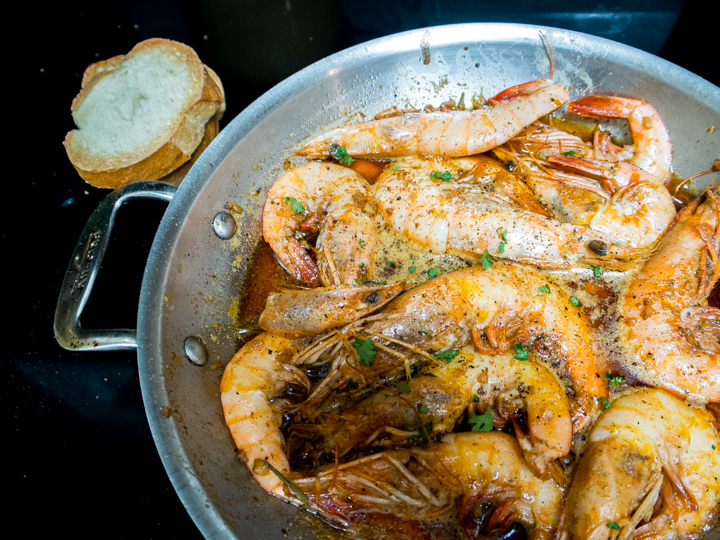 Last but not least make sure your diners have bibs or giant dish towel sized napkins (like the one below) to soak up the splatter. Now get your face directly over the plate and start slurping. 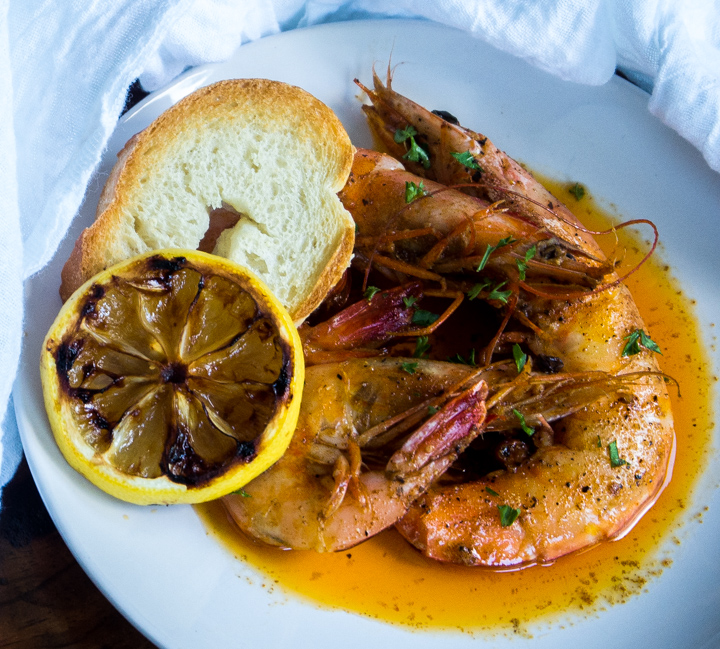 Barbecue Shrimp
Print
Author: Carine Clary
Cuisine: Creole
Ingredients
Instructions
Notes
If you prefer you may substitute thyme for the rosemary. Since thyme leaves are soft they can be left in the sauce.
3.4.3177