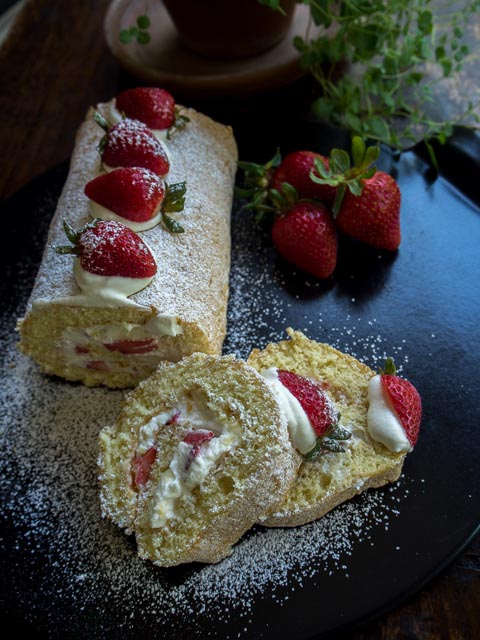 Swiss Rolls are one of those photogenic bakery items that people think look too pretty for normal people to successfully prepare. Kinda like the most beautiful girl in the senior class who doesn’t get asked to the prom cause everyone thinks she already has been. But our little Swiss Miss will be invited everywhere and will surprise you with ease of prep and utter deliciousness.

Most people hesitate when thinking of rolled cakes because…..rolling. They think it will crack. And it rarely does (never with me) and if it cracks you have whipped cream to spackle it with so let’s get going with it:

But first things first. The cake. It’s a sponge cake that you bake in an ungreased cookie sheet with edges, also called a jelly roll pan for obvious reasons. You will line it with paper, evenly spread the batter over it, and cook for 15 minutes or until just golden. Then loosen the edges with a knife, flip it onto a dishcloth and peel the paper off.

The Science of Rolling

While still warm fold an edge of the towel over the end and roll up gently. Leave it there till cool for about half an hour. And as for the dishcloth you want one that’s got a flat weave so that it will roll more tightly and not scatter lint on your masterpiece. As you can see I lacked that and so used a regular old dish towel which, although not optimal, worked ok. Any lint that escaped the confines of the towel was subsumed into the whipped cream and went unnoticed by those eagerly gobbling the finished product. So be flexible when you must and usually things will work out. 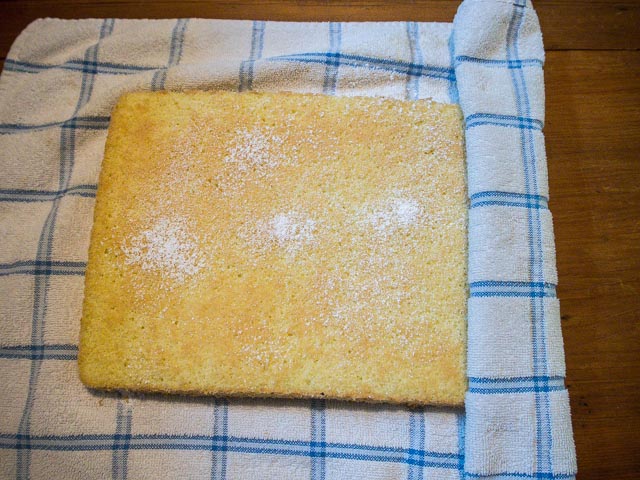 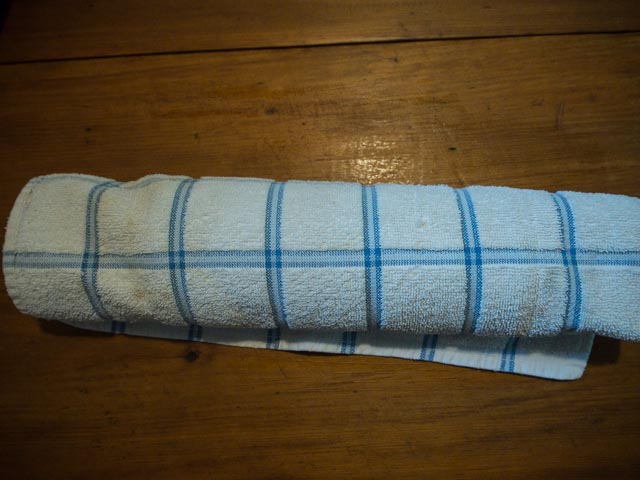 While that’s cooling you will whip your cream and slice up most of the berries saving a few for decorating the top. You’ll also want to save a little of the whipped cream for the decorative blobs on top. If you don’t have a pastry bag with a tip don’t worry. Put a few spoonfuls in a plastic bag, snip off one corner, and squirt you some very professional dollops of cream. Below behold the whipped cream fixins. But we’re getting ahead of ourselves. 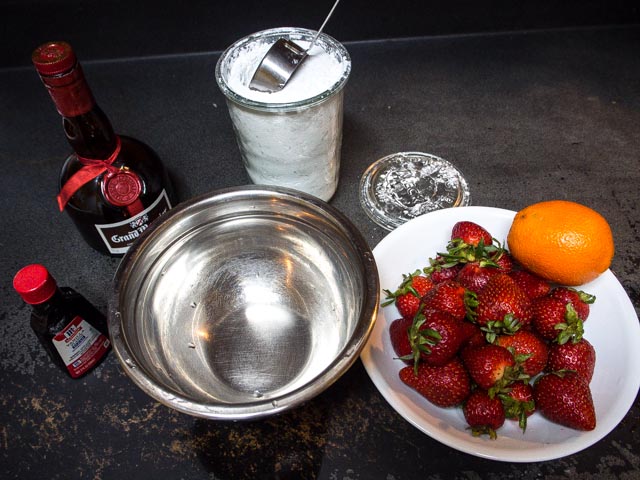 Once unrolled use a pastry brush to spread the jam mixture over the cake then spread the whipped cream over that and cover with chopped strawberries. Roll back up carefully and dust with powdered sugar. Add the whipped cream and berries to the top then transfer to a serving dish, put in the fridge for an hour to cool the whipped cream and you are ready to serve. It will keep for a couple of days there without getting soggy. (It won’t last that long but just for the record it could.) 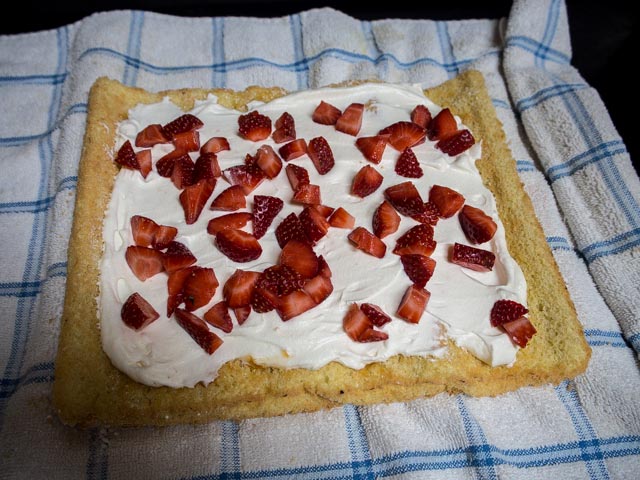 And a tip. You can use other fruit but I’ve found strawberries and peaches to be overall best. Blueberries bleed a little but taste good and are a nice addition if you’re making a fourth of July patriotic roll. If you like blackberries and raspberries go for it. I love both but not so much in this because of the seeds and they are a little too tart. But to each his own.

And that’s it, folks. A gorgeous filled cake that’s surprisingly not too filling, just flavorful and light. 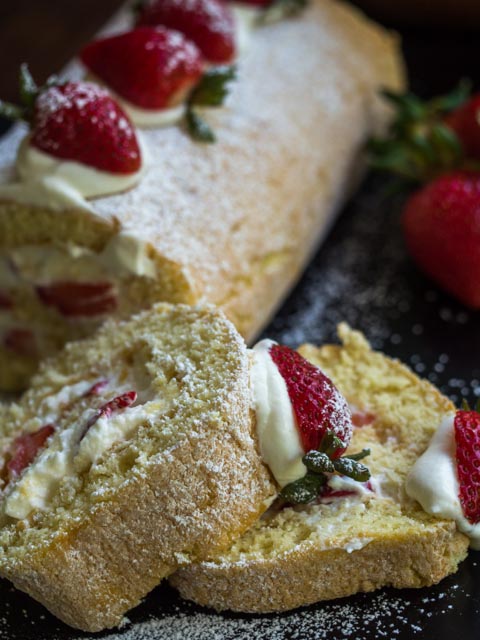 Strawberry Swiss Roll
Print
Author: Carine Clary
Ingredients
Instructions
Notes
Sponge cakes rely on the volume of the whipped eggs to rise properly. You must beat the eggs and sugar for the time stated.
To prevent cracks the cake should be rolled in the linen towel right after it comes out of the oven.
You can use straight Grand Marnier as the syrup if you want a little more punch.
3.4.3177