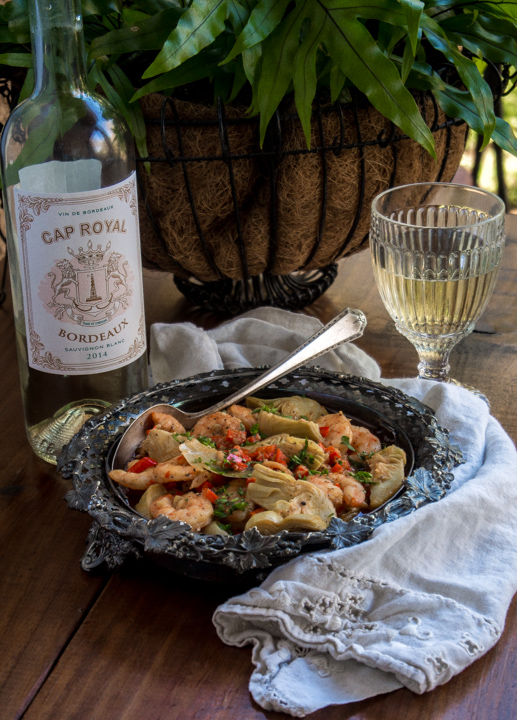 Sauteed shrimp and artichokes is the recipe for someone who needs something simple, fast and delicious at short notice.

The drill goes as follows: While the butter is melting, dice the bell pepper and garlic, add to butter, then peel shrimp and add to your saute which is now smelling really good. (And if you want to make it really fast use pre-peeled frozen shrimp and bottled artichokes.) 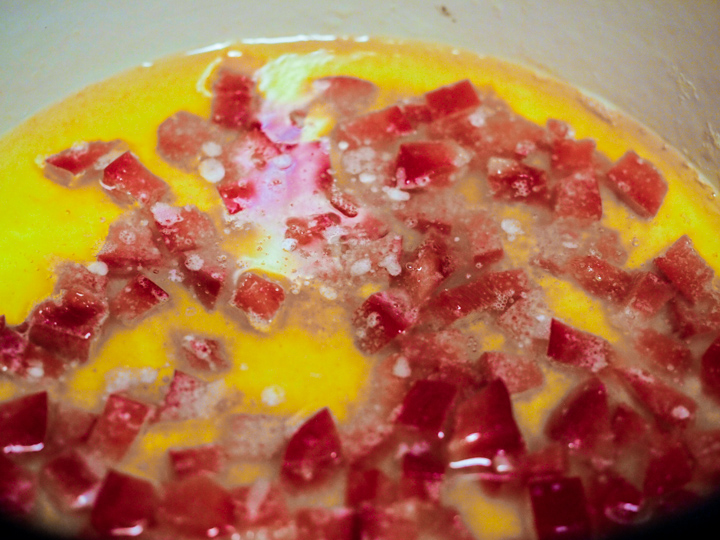 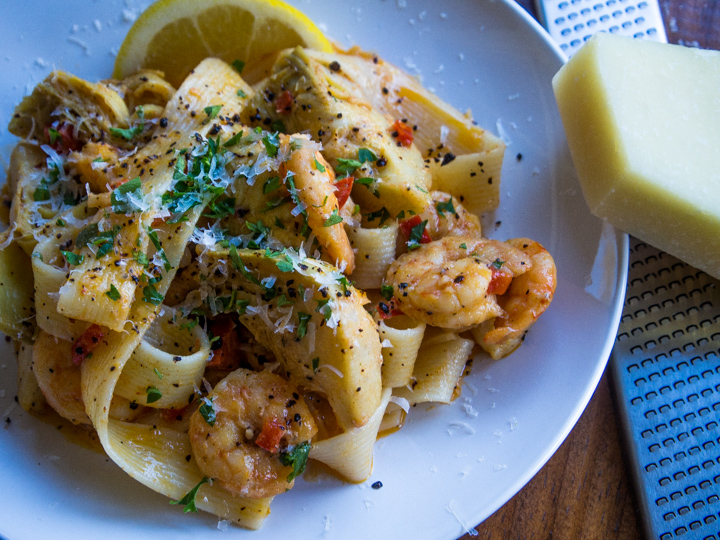