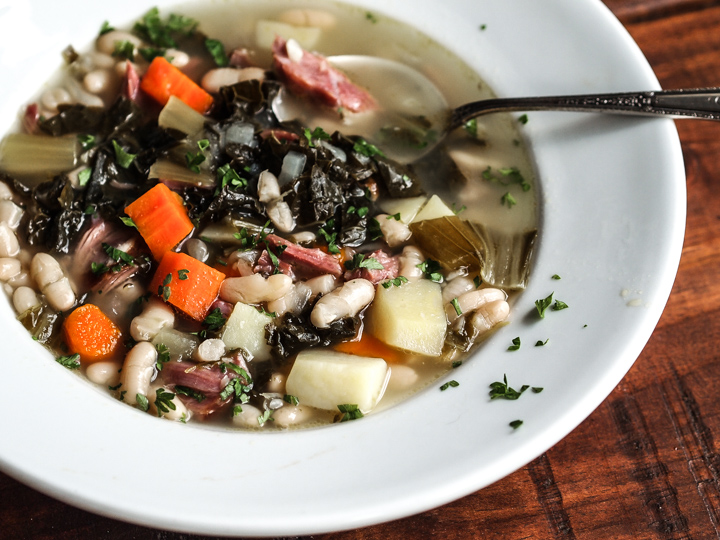 Garbure is the old French way of making a soup out of greens, white beans, and stew meat. This Creole Garbure is from Maylie’s Restaurant and adapted from the recipe of Mme. Esparbé.

It’s a winter dish so it’s going to have dark greens like kale or collards or cabbage (or all three) and whatever else strikes your fancy. As is the case with all soups, amounts of the vegetables are somewhat fungible. You might have only kale or only cabbage, that’s ok. Use this as a guide and scour the fridge for leftovers to include. Make sure the seasoning meat be it pork or poultry is on the bone. This makes for a silkier and more nutritious broth. The potato chunks should be on the large side if you want them to hold up during reheating. 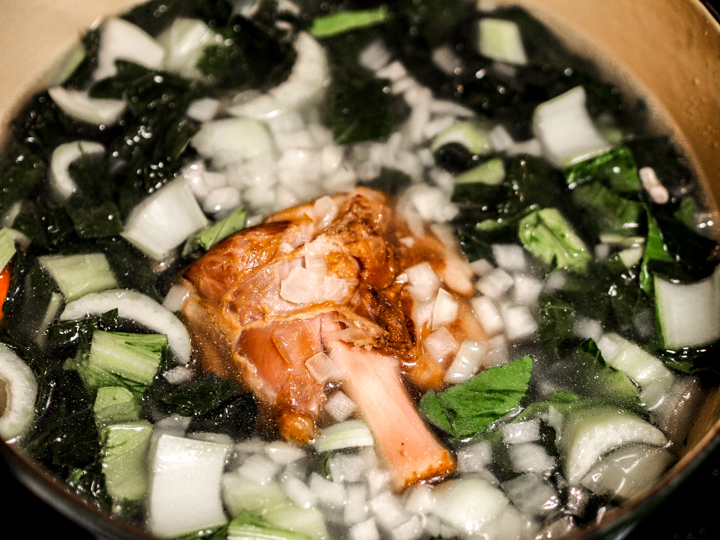 Garbure
Print
Author: Carine Clary
Recipe type: Soup
Cuisine: Creole
Ingredients
Instructions
Notes
If you've prepared some duck or goose confit and have an extra leg and thigh portion you can substitute that for the ham hock. It's my favorite way of making this soup although it's fallen somewhat out of fashion.
You may substitute a can of white beans if you like.
You can substitute for the onion, one half diced onion and two diced leeks.
Also optional is a teaspoon of juniper berries.
3.4.3177
« Apple Cake
Spatchcocked Quail »