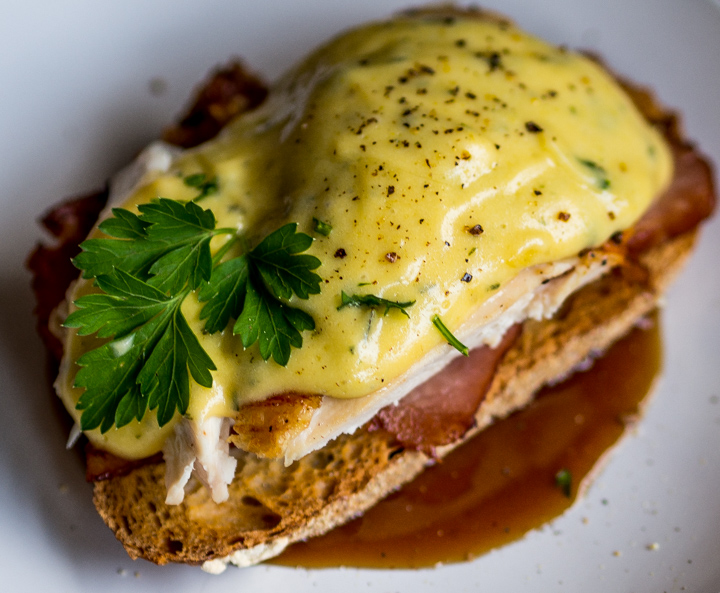 If they had Denny’s in France Chicken Rochambeau would probably be the Friday open-faced sandwich special. Hot, creamy, satisfying. Except it’s French so instead of cheese sauce it has Bearnaise and just to enhance your feelings of inadequacy they will place the toast on top of yet another sauce called Marchand de Vin. (That’s ‘wine merchant sauce’ in American) You can see it in the picture leaking from beneath like a busted fuel line in an old Chevy.

Leave it to the French to turn diner-type comfort food into a dish called Chicken Rochambeau. It’s named after a General who fought under Washington in the Revolutionary War and I could retail his biography right here and impress you with my ability to regurgitate an encyclopedia entry but I won’t. Because you know what? I don’t think he ever ate his chicken. Chicken, yes. Chicken Rochambeau….Qu’est-ce que c’est? He probably would have loved it but I imagine he choked down the same gruel as the other patriots back at Valley Forge.

Still, the name is distinguished and the dish is filling and I hate to admit it but that extra sauce on the bottom is a really tasty touch. Damn those French! Their culinary snobbery, while annoying, is usually justified. So here I will stop rambling get on with it.

Chicken Rochambeau is basically a stacked sandwich with two sauces. The easy part is toasting the bread and getting the meat on top. For the ham, you may use deli slices or leftover New Year’s holiday ham. Next comes the chicken. I use a skin-on breast, salted & peppered, drizzled with oil & a squirt of lemon juice, and run in a 350-degree oven till the skin is brown & crispy about 30 minutes. To ensure crispy skin dry it off with a paper towel before doing the other stuff. Leaving the skin on adds flavor to the final dish.

And just for the record, the picture below represents what most people call ‘a chicken breast.’ It’s not. It’s actually half of a breast. So when the recipe calls for ‘a breast’ it means two of these guys. 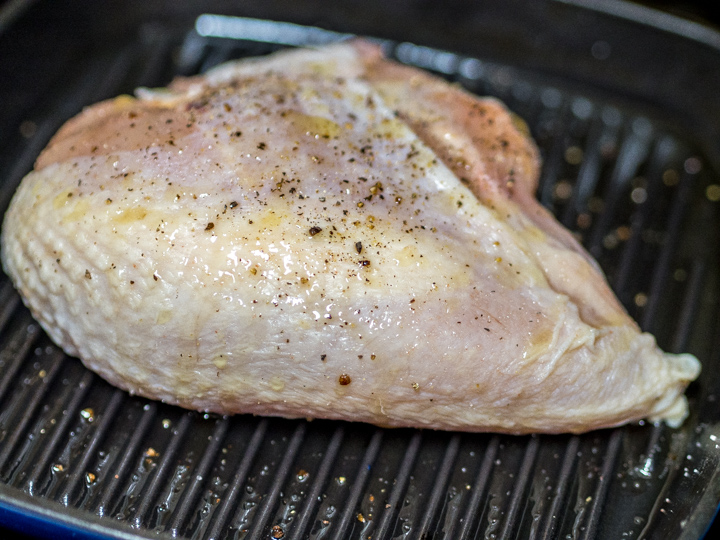